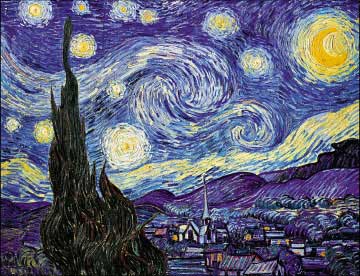 Crawling Back Up Again

Well, the free-fall spiraling down seems to have hit a plateau.  Now, to climb back out again and try to get back to where I was before this.  The immediate good news is my ex did end up giving us some cash to tide us over til the support check is finally released to me.  Of course, I had to sign a paper saying I would repay the cash amount when the support is finally disbursed.  But, whatever…So, I was able to pay the bills —of course,  I had to walk a 2 mile round trip to get to the gas station to buy the money orders (remember, I’m in the desert near Phoenix, so its already quite warm).  And I was able to buy food as soon as my car insurance was reinstated–which was yesterday evening.

I called DCSE (Child Support offices) but they wouldn’t tell my why they were not disbursing my payments.  They said the ex had to call, that it concerned him.  So, he did, just this past Monday.  Turns out, they only just got the memo that he was applying for a passport (he applied in January, met the requirements to obtain it, and has already been to China and back by March), and they hadn’t gotten the subsequent ones, so they thought he wasn’t allowed to go and so they for some reason decided it would be a good idea to make the children suffer for his wanting a passport by not paying it out to me.  So he explained he had already gotten his passport and done all the things he was required to do to get it, and had already been on his trip and returned, and that it made no sense to stop sending the money he is paying to his kids who are supposed to be getting it.  So they looked into it again, and VOILA!  Lo and Behold, there was absolutely NO REASON for them to be holding my disbursements of his payments for last 2 months and THEY DONT EVEN KNOW WHY THEY PUT A HOLD ON IT IN THE FIRST PLACE!!!

So, basically, DCSE randomly decided to hold my payments for 2 months, even tho the ex was making the payments.  So, FOR NO APPARENT REASON,  DCSE almost got me and the kids evicted, homeless, and without transportation or food.  Actually, I still haven’t received my first payment.  They said Monday that I should have it by 5 days.  But I didn’t get anything so far, and its Saturday—6 days.   So, the ex is gonna have to call them back and demand they make a payment to me AGAIN!

Even though I haven’t got a payment yet, things are at least not getting worse.  I can drive again, and we have food and power.  So, at least that’s something.  I have decided to move to a 2 bdrm (me and my daughter will have to share one) so that then I will not be spending all my Social Security payment on rent.  Instead, I’ll have some left after rent on a 2 bed (as opposed to now, where I have none left paying on a 3 bed).  So, what I have left will pay for the things I can’t be in fear of not having–like power, water, phone, car insurance.  That way, if anything like this ever happens again with the DCSE/child support not being paid to me, at least we won’t be in fear of losing everything.  The basics will be guaranteed.  So, this means a new project–apartment hunting (again!) and moving (ugh!  again!).  Our lease is up August 8, so I want to sign or put a deposit on something in early July.    I’m really, really hoping that spending less on rent will ensure that the basics will always be paid, no matter what happens with the support money.  I really hope this move will end up being worth it, and not just another huge waste of time, effort and money.  again.

Oh, and just in case you start to get any ideas that things are looking up and no problems are on the horizon, I remind you that I am THAT PERSON who ALWAYS  has bad luck.  Yep, today my son’s car started leaking some fluid.  We tentatively think it might be coming from the gas tank (which I just had the entire fuel system and carb replaced, so it BETTER NOT be from the gas tank!) But whatever is leaking, it can’t be good.  Can’t be cheap, altho even cheap at this stage is exorbitant to me.  We are still functioning on the bare minimum of everything.  So, of course, we escaped being evicted only to jump into a new fire of care repairs (also, AGAIN!).

Many of the days since my last post were very, very close to being the last.  And I just wanted to post this so everyone will know I’m still here (for today, anyway), even tho things haven’t exactly righted themselves, at least we have stopped sinking (for the moment).  And thanks to those who lent me their support and words. 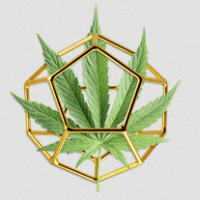 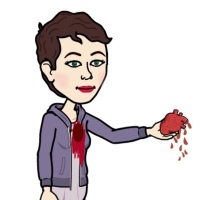